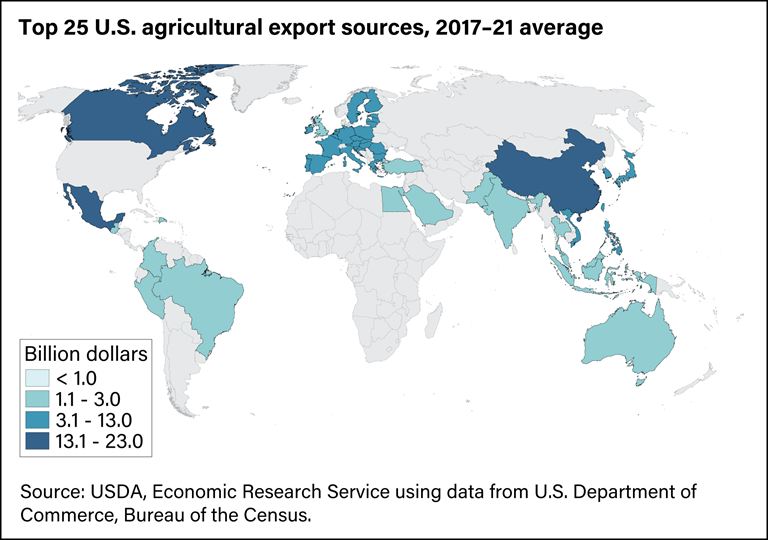 From 2013 to 2015, East Asia and North America combined to account for about 62 percent of U.S. agricultural exports. East Asia--led by China, Japan, and South Korea--was the largest market, with a collective 34-percent share. The share of U.S. exports to Canada and Mexico has increased and accounted for 28 percent of world exports over the last 3 years. The European Union is the third largest regional destination, followed closely by Southeast Asia (led by the Philippines, Vietnam, and Indonesia). Meanwhile, South America is a shrinking market, with the noticeable exception of Colombia.