Canada remains the top destination for U.S. agricultural exports in 2018 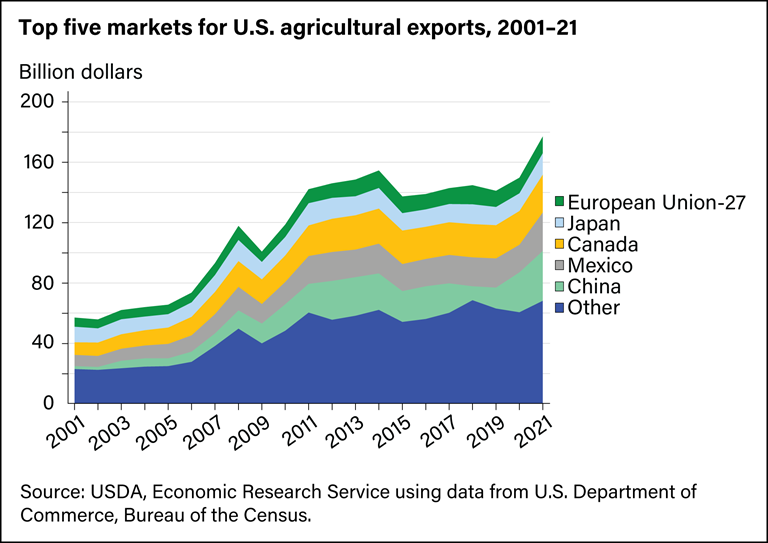 Canada remained the largest market for U.S. agricultural exports in 2018, followed by Mexico, the European Union, Japan, and China. Before 2018, China had been the largest or second largest market for agricultural goods each year since 2008. The steep decline in exports to China was driven by trade disputes between the U.S. and China that led to a steep reduction in oilseed exports among other commodities.