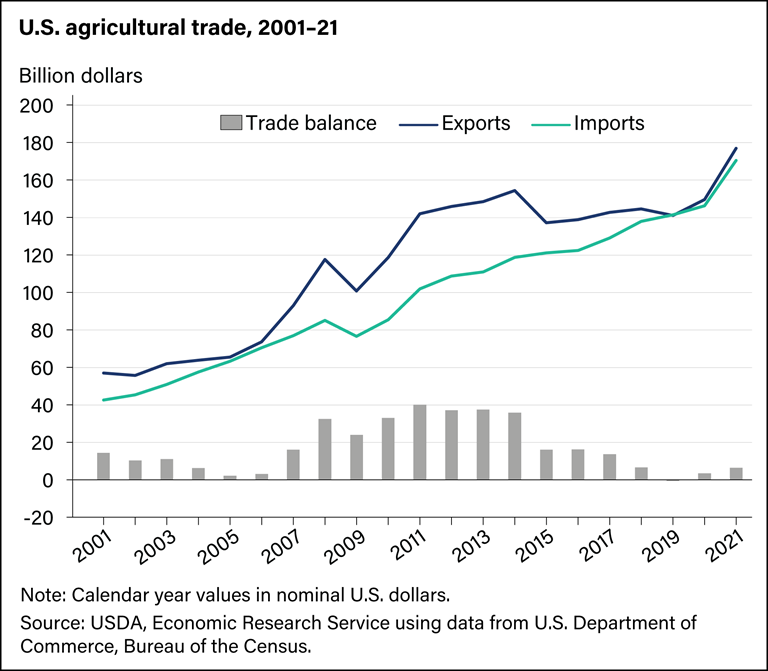 U.S. agricultural exports were valued at $140 billion in 2018, a 1-percent increase relative to 2017. Export growth was hampered by reduced exports to Asia, particularly for soybean exports. Imports grew by 6 percent in 2018 to $129 billion. Imports have grown at a faster rate than exports since 2016, driven in part by strong domestic economic growth. These shifts in U.S. agricultural trade produced a trade surplus in 2018 of $10.9 billion, the smallest surplus since 2006.