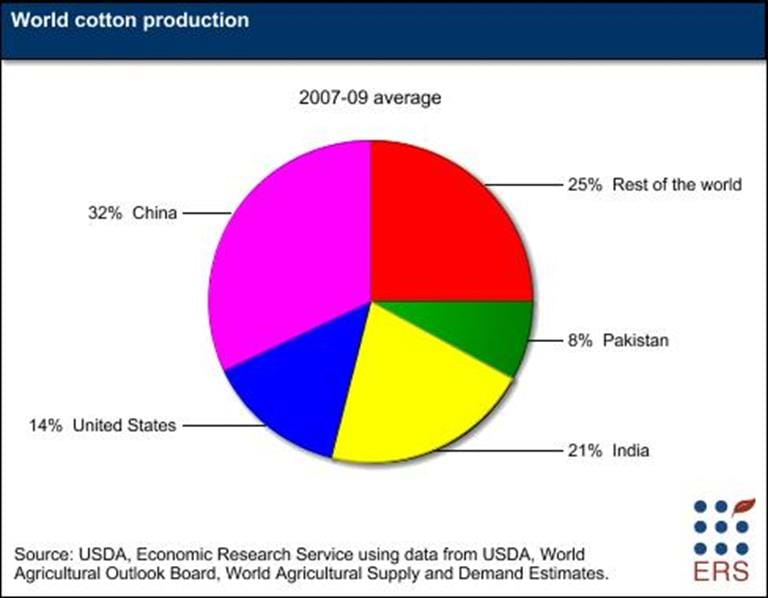 The world's four largest cotton-producing countries are China, India, the United States, and Pakistan, which together account for nearly 75 percent of world production. Other major producers include Brazil, Uzbekistan, and Turkey. While cotton is generally a Northern Hemisphere crop, about 8 percent of the world's output comes from south of the equator (primarily Brazil and Australia) and is harvested during the Northern Hemisphere's spring.