Watermelons lead in U.S. per capita melon use 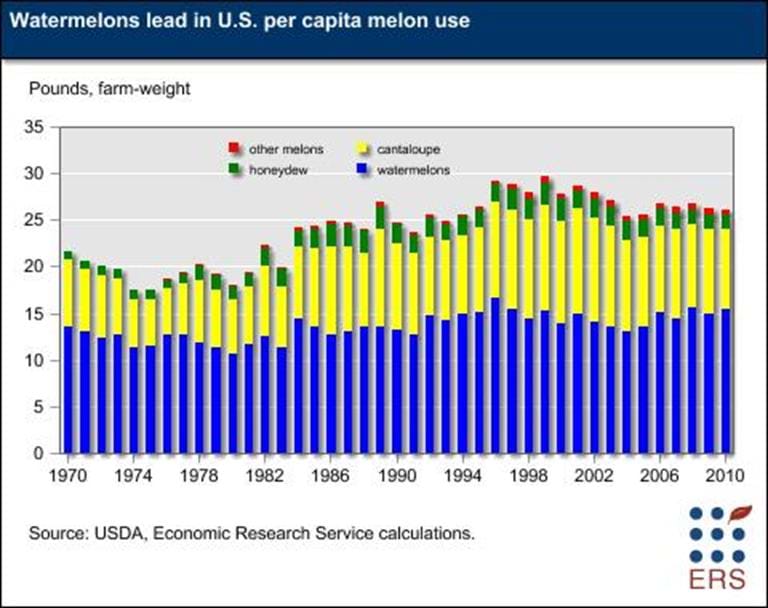 With the domestic market serving as the primary market for the three predominant types of U.S. melon crops, an increase in domestic melon production during the 1970s through the 1990s led directly to increasing domestic per capita melon use during that period. Harvested melon acreage in the United States has been generally declining since the early 1990s, but improved varieties and increased use of irrigation have kept domestic production from moving along the same path. Although imports have grown since the 1990s, domestic demand for melons as measured by per capita use) has declined slightly since the new millennium as U.S. production--still sold mostly in the domestic market--and export sales both relatively stable.