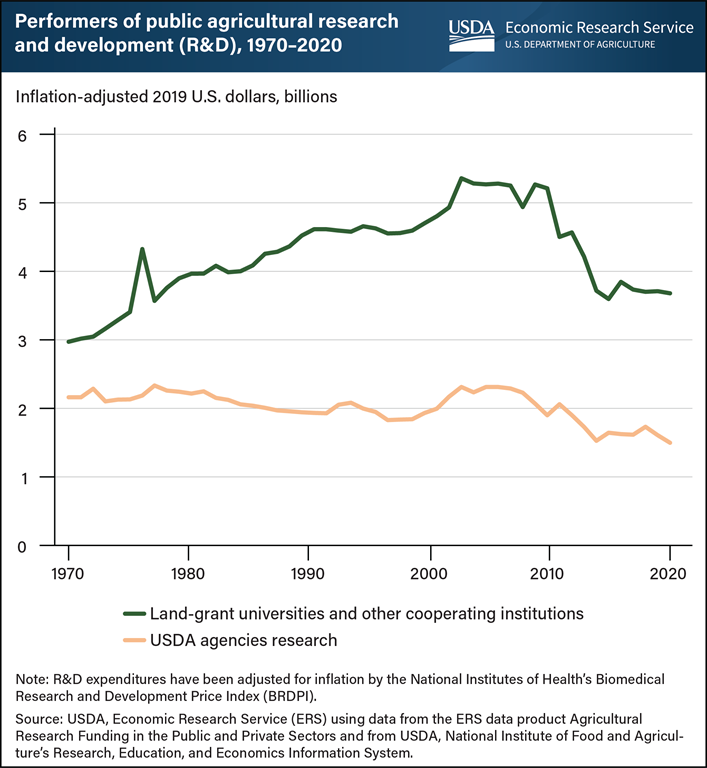 Roughly 70 percent of public agricultural research and development (R&D) in the United States is performed by universities and other nonfederal cooperating institutions. Land-grant universities alone account for about half of all public agricultural R&D spending. State forestry schools, veterinary schools, and historically black colleges and universities account for most of the remaining agricultural R&D conducted at nonfederal institutions. State land-grant universities and agricultural experiment stations primarily perform research on topics of interest to their State or region, though this research has a national impact in the form of training scientists and generating basic scientific insights. USDA agencies such as the Agricultural Research Service and Forest Service perform the other 30 percent of public agricultural research, focusing on national and regional topics. This chart appears in the ERS’s Amber Waves article, “Investment in U.S. Public Agricultural Research and Development Has Fallen by a Third Over Past Two Decades, Lags Behind Major Trade Competitors,” published June 2022.