Contracts can potentially provide benefits to both producers and contractors. Farmers get a guaranteed outlet for their production with known compensation, while contractors get an assured supply of commodities with specified characteristics, delivered in a timely manner.

A contract is a legal agreement between a farm operator (contractee) and another person or firm (contractor) to produce a specific type, quantity, and quality of agricultural commodity. The Economic Research Service classifies contracts as either marketing or production.

Marketing contract. Ownership of the commodity remains with the farmer during production. The contract sets a price (or a pricing formula), product quantities and qualities, and a delivery schedule. Contractor involvement in production is minimal, and the farmer provides all the inputs. For crops, the contract is finalized before harvest. For livestock, the contract is finalized before the animals are ready to be marketed. 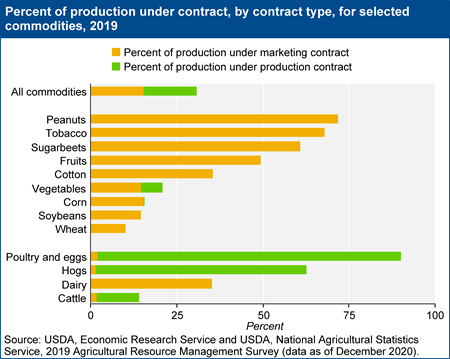 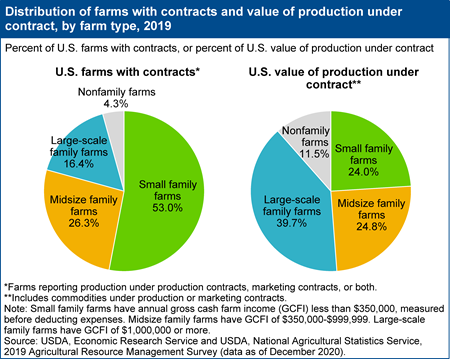