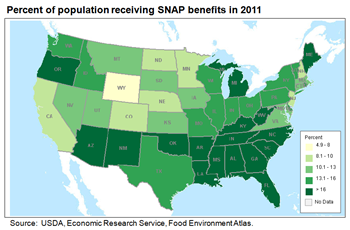 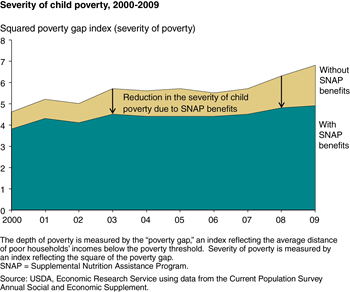 Middle-income households made biggest cuts to food spending during recession 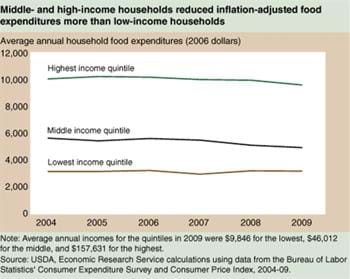 During the 2007-09 recession, inflation-adjusted food spending by U.S. households fell 5 percent-the largest decrease in at least 25 years. Spending patterns differed by income level, with middle-income households curbing expenditures the most. Households in the middle quintile of income decreased their inflation-adjusted food expenditures by 12.5 percent from 2006 to 2009. Households in the lowest quintile cut spending 1.8 percent, while the highest quintile reduced food spending 5.7 percent. This chart appeared in the September 2011 issue of Amber Waves magazine. 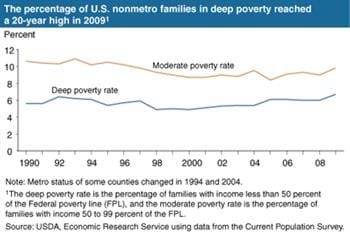 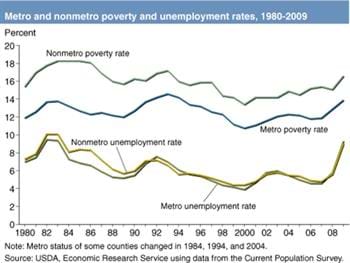