Women Identified as Operators on 51 Percent of U.S. Farms in 2019

Women play an integral part in farming, either as a principal operator or as a decision-maker. In 2019, more than half (51 percent) of all farming operations in the United States had at least one woman operator, according to the 2019 Agricultural Resource Management Survey (ARMS). Women were the “principal operator,” meaning they are primarily responsible for the day-to-day operation of the farm, on 14 percent of operations. In 37 percent of operations, women were the “secondary operators,” involved in decisions for the operation but not the principal operators. Farms with principal female operators contributed more than 4 percent of the total value of production in 2019. 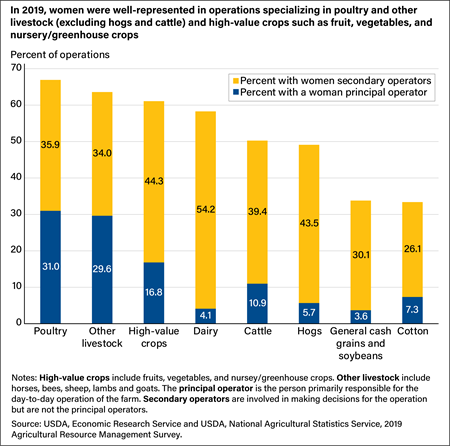