U.S. agricultural exports support about 1.1 million full-time, civilian jobs, according to 2017 ERS estimates based on 2015 data. How would U.S. employment be affected if the demand for these exports increased even further? 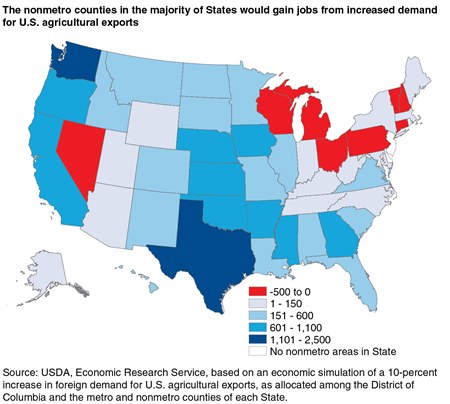